Road to rebuilding “God’s own country” | Aftermath of Kerala Floods

An unfathomable tragedy that claimed more than four hundred lives and forced over fourteen lakh people to seek refuge, the Kerala deluge has been touted as the worst disaster to hit the state in a century. It has been reported that an estimated one-and-a half years will be needed to rebuild public amenities like key roadlines and bridges and will cost the state Rs 5,800 crore*. But, what remains concerning is the lasting damage to human and social capital of the state. Are the people of Kerala ready for the long road to recovery, are they geared up to tackle future disasters of this scale? 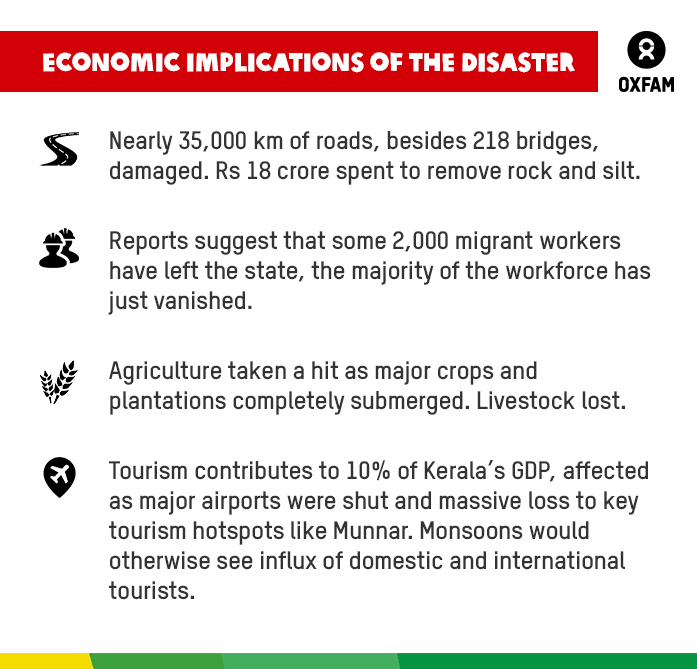 Oxfam India launched its response in Kerala by conducting an immediate Rapid Needs Assessment and charting an intervention plan on 9th August, 2018 as the situation became grim with multiple dams letting out water and torrential rains refusing to stop. It was decided that the team will be deployed in the three worst affected districts of Kerala-Idukki, Wayanad and Allapuzzha. Our immediate response was to reach out to the worst affected families with shelter and hygiene kits. As the flood water receded, our teams reported massive damage to homes- concrete walls had cracked, mud homes washed away completely and families living in fear of snakes and insects that had been washed in with the flood water. Most septic tanks and toilets were overflowing and dirty stagnant water became breeding grounds for water-borne diseases. This was the build up to a second tragedy waiting to happen. 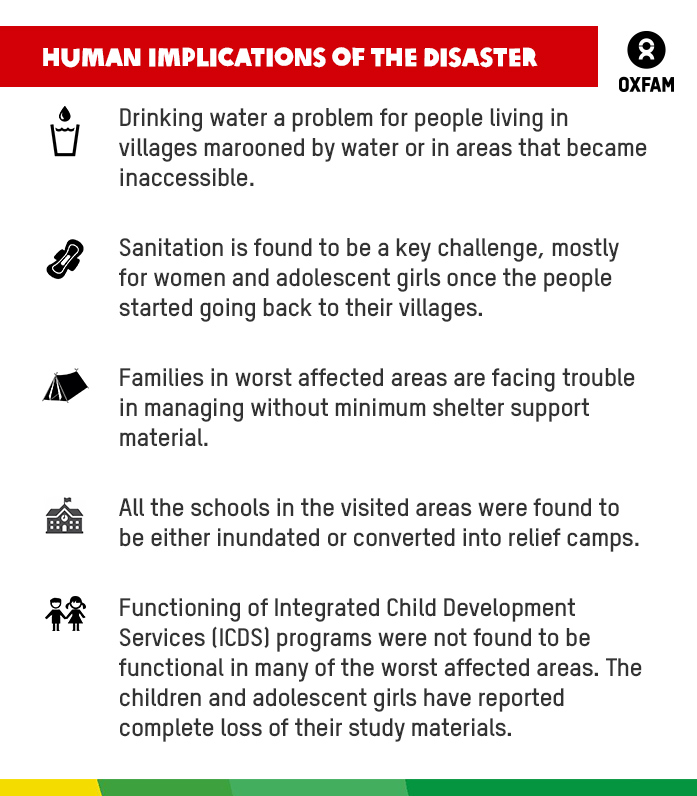 Oxfam India has targeted more than 22,500 households in Idukki, Wayanad, Allappuza, Palakkad, Pathanamthitta districts to reach out to with immediate relief and long-term livelihood support through cash transfers. 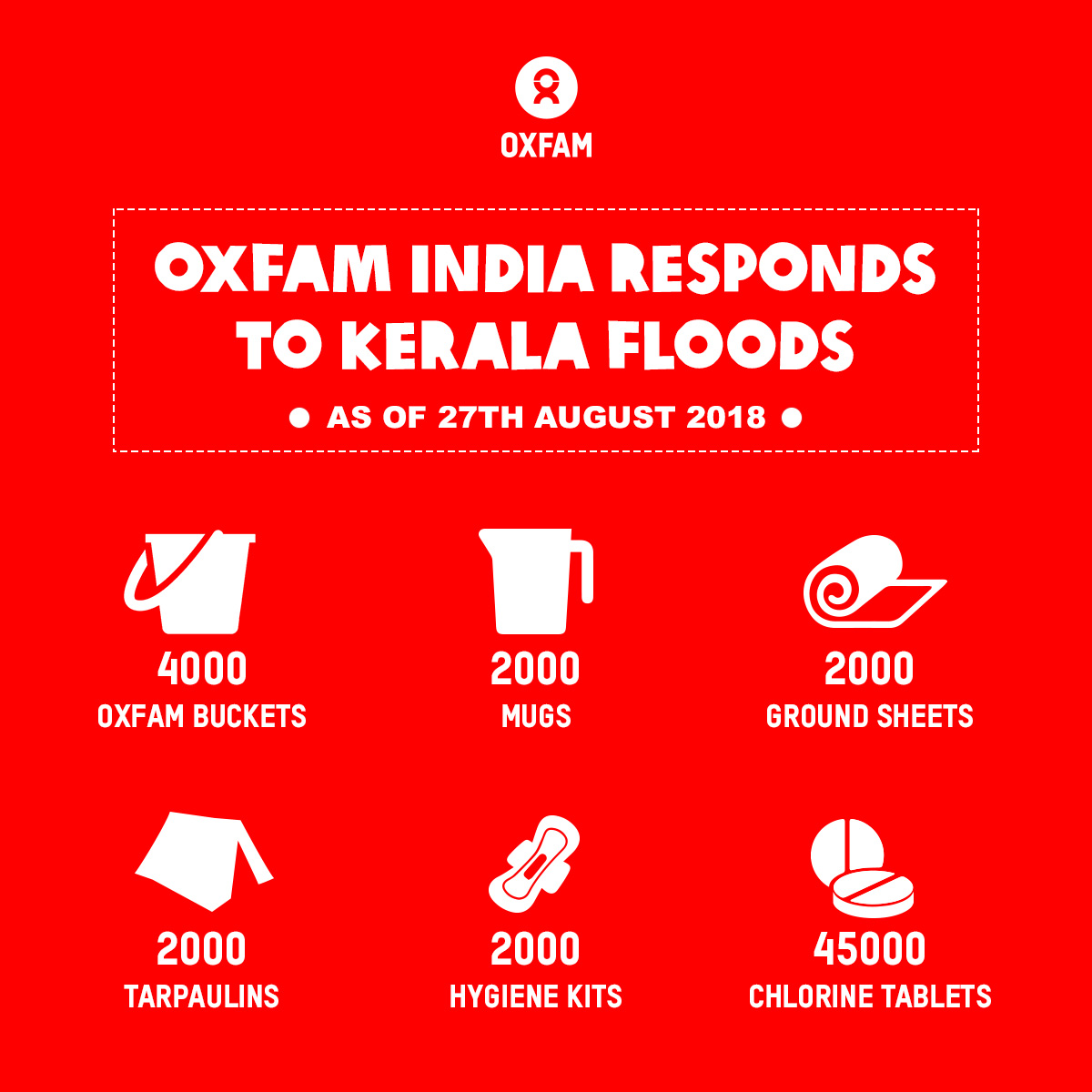 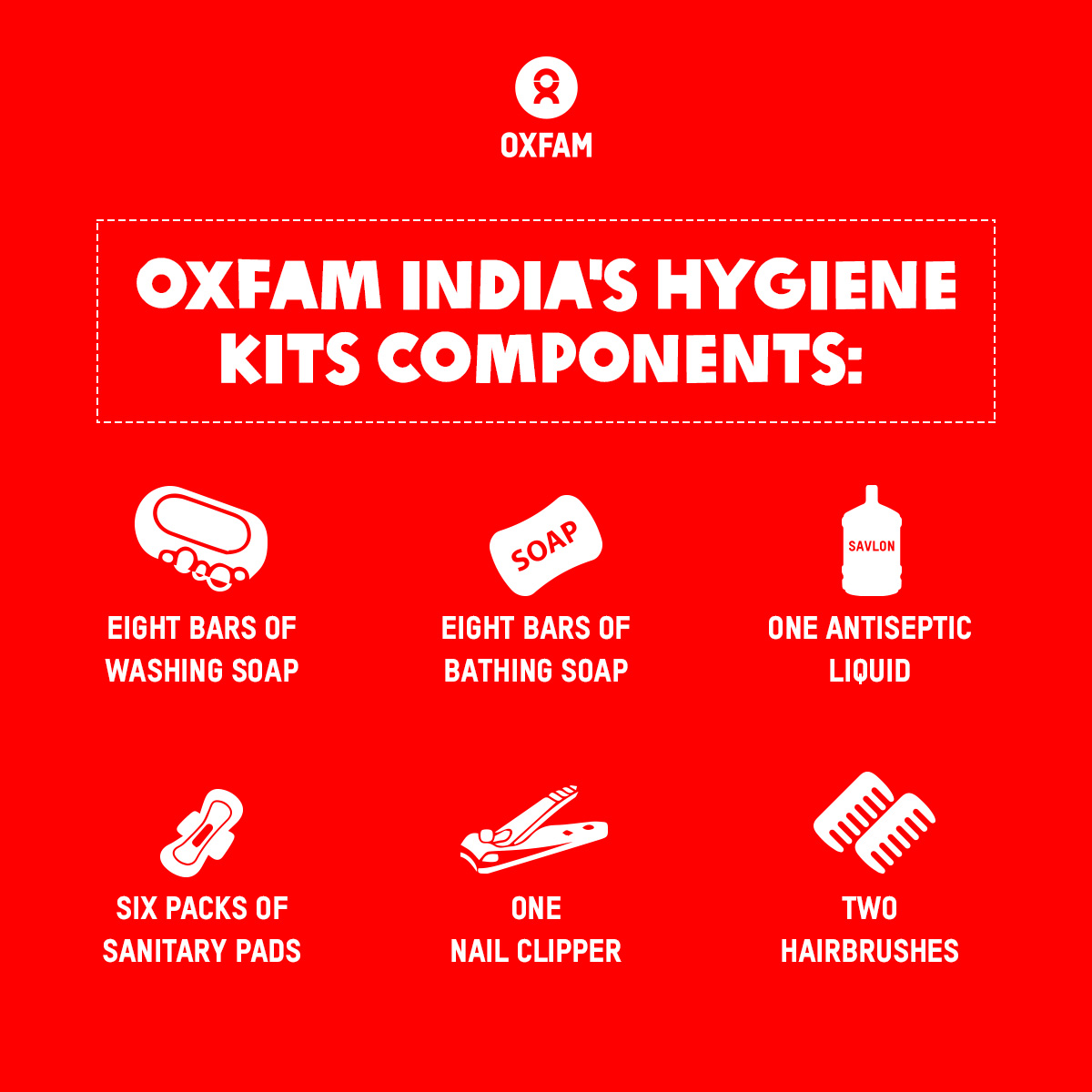 We are enhancing the access to safe Water, Sanitation and |Hygiene (WASH) facilities for affected communities, providing Emergency Food Security & Vulnerable Livelihoods (EFSVL) for the worst affected families, ensuring education in emergencies for children, Public Health Promotion activities at relief camps and at village level and advocacy and influencing at various levels to ensure to save lives now and for future.

The Kerala floods have served as a lesson for India in understanding and mitigating disasters of such a magnitude.

The lack of disaster management authorities at the grass roots, poor water-resource management and inaccuracies in gauging and preparing for critical situation at the state level led to this ‘Level 3’ calamity. On the other hand, it also revealed the resilient humanitarian spirit where government authorities, armed forces, on-ground aid-agencies and the citizens of the state came together to mitigate the crisis. From fisherfolk conducting rescue operations and evacuating 65000 stranded people, college students forming collectives and volunteering to clean and disinfect homes, to people donating their one-month salary to the relief fund – the catastrophe displayed a humane side of DRR that reassures our faith in the people of Kerala to overcome the disaster.

You too can help rebuild God's Own Country by donating NOW