Desperation creeping in, people in Nepal wait for aid

The town of Sankhu has been devastated by the #NepalEarthquake

Sankhu, the potato basket of Kathmandu is in urgent need of aid. #NepalEarthquake. See more. http://bit.ly/1bosRrb

Sankhu is part of Kathmandu district, but over an hour’s drive from the main town. It’s devastated and looks exactly like town in ruins. 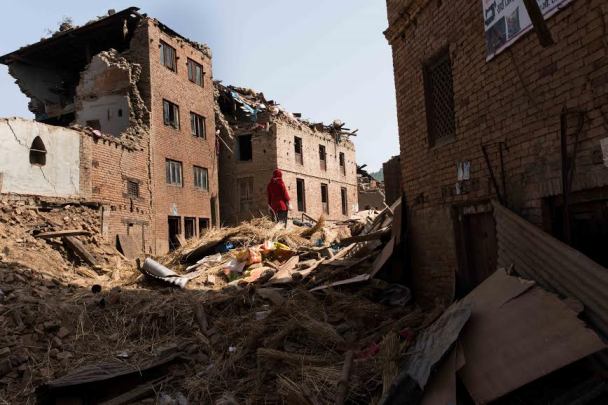 The town of Sankhu has been devastated by the #NepalEarthquake

People in the town are complaining that little aid is reaching them. Violence also broke out amongst them to access to the limited food and water supplies. They had even blocked the road for a while and had apparently sent a few photographers away. 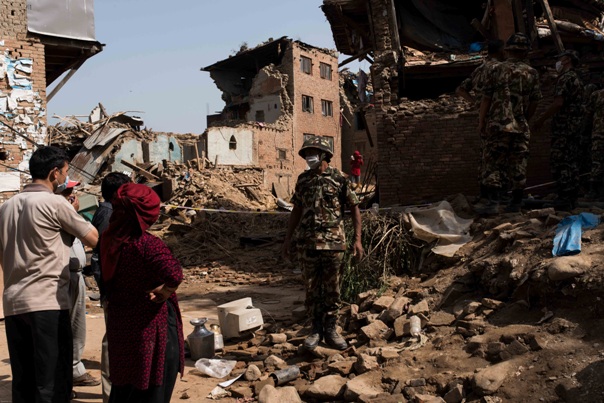 People of the town are living in makeshift tents out in the open, because they are too scared to go indoors due to the constant aftershocks.

Most of the houses have been completely destroyed. Most of the people are living out in the open in tents and tarpaulin make shift tents, without access to water, electricity, fuel or food. 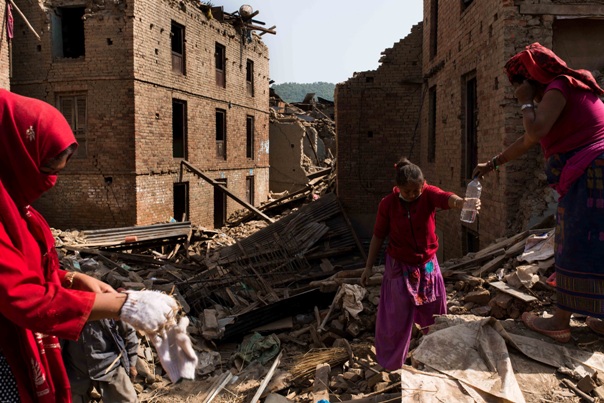 People in Sankhu are in urgent need of food, water and shelter

Indira Ranamagar of Prisoners Assistance Nepal, a local NGO that runs children’s homes in the area implored for help: “Without electricity, stagnant water and no food coming in, the people here are in desperate need for help. The children in my orphanage also need help, though they’re alive at this stage, they’re badly in need of attention and food.” 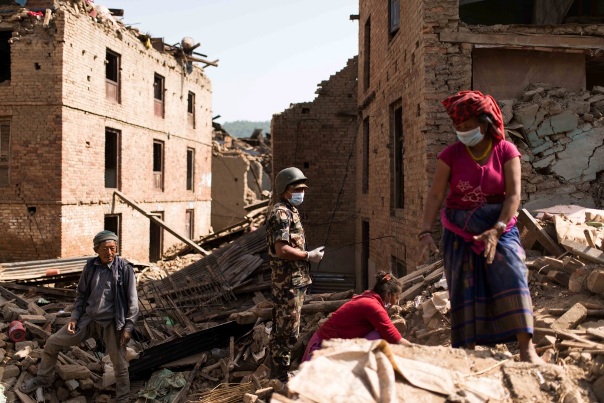 People in Sankhu are also complaining that little aid is reaching them.

Sankhu is known as the potato basket of Kathmandu. It used to grow potatoes in abundance and supply to the capital. Without food aid, the villagers only have the potatoes sitting in their field. Neighbours are refusing to take money from the villagers for the potatoes. When most are still manoeuvring their way to Shankhu, these villagers are left to fend for themselves. 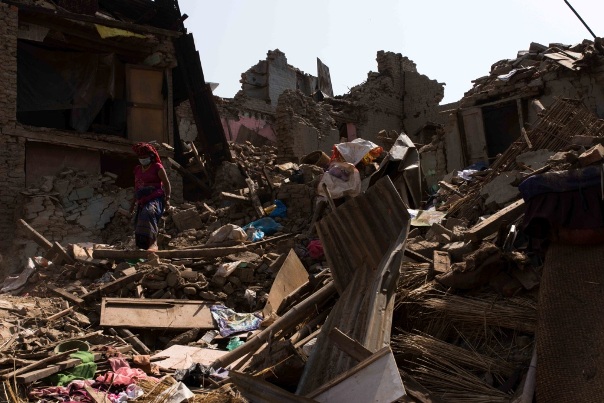 Violence also broke out in the town as they struggling to find food and water to survive.