Oxfam is on ground in #ManipurEarthquake zone providing aid to those affected. Read http://bit.ly/1KDgvgg

The Eastern Indian state of Manipur was hit by an earthquake that measured 6.7 on the Richter scale at 4:35 am local time on January 4. The epicentre was in Tamenglong district. Ten people reportedly died, and as many as 300 were critically injured. 2500 houses, many buildings and a bridge was damaged due to the disaster. One of the worst affected district was Tamenglong 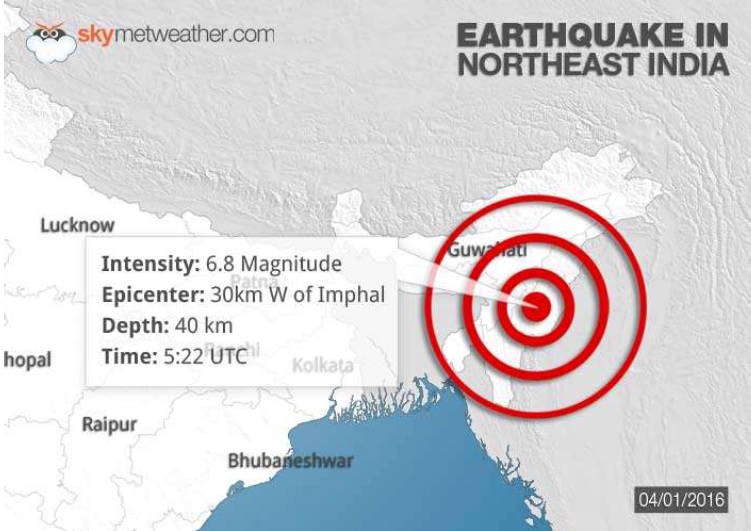 Oxfam started its earthquake response in Manipur on 30th January, 2016. In partnership with Integrated Rural Management Association (IRMA), Oxfam identified 300 earthquake affected households from 19 villages in Tamenglong, Senapati and Imphal (West) districts.  Shelter kits were provided in 52 households in Kabui Khullen village, Tamenglong district. Five community filters were also provided to the affected who did not have access to safe drinking water.