Oxfam India raised its voice to end violence against women and girls in India on International Women’s Day. Oxfam India held workshops, seminars, rallies and various events in different parts of Uttar Pradesh, Odisha and New Delhi.  The aim was to engage with youth and local women groups to spread awareness about women rights and to stand up against gender violence. 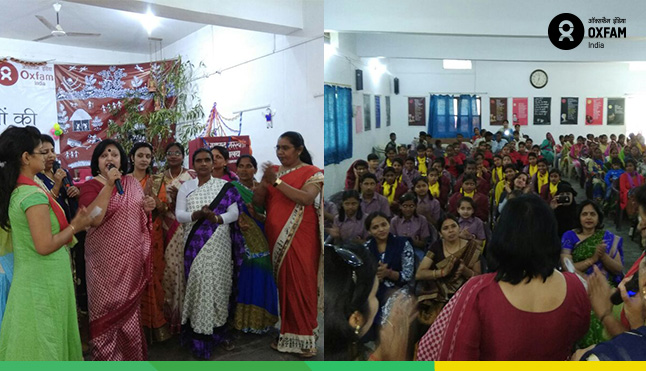 On International Women's Day, Oxfam India with its partner Sri Ramanand Saraswati Pustakalaya (SRSP) organized an event with the youth and interacted with many young girls in Azamgarh district, Uttar Pradesh. Women who had faced violence presented their stories and encouraged other women to also raise their voice against abuse. These women were a source of inspiration and role models to many girls at the event. One such role model was Lalita who said, “Women should always remain strong and never lose courage even if they are pressurized to withdraw their cases”.

Also at Azamgarh Oxfam India with its partner SRSP participated in a three day women empowerment and awareness programme from 6th to 8th March 2018 at the police line. Ajay Kumar Sahani, Police Superintendent said that the event was to spread awareness among women workers about their rights and help police officers to perform their duties efficiently especially towards protection of women.  Watch the video here.

A Walk against Violence

In Purkaji block of Muzaffarnagar district in Uttar Pradesh, Oxfam India with its partner Astitva organized a grand rally of women to mark International Women’s Day on 8th March 2018. More than 400 women participated in the rally and raised their voices to end violence against women and girls in India. The women leaders encouraged everyone to fearlessly talk about the violence they face and every individual should support and protect each other during such times. Local police personnel also participated in the event for solidarity in protecting women rights.

More than 100 women participated in the event organized by Oxfam India in Lucknow where women expressed their solidarity and the need to raise voice against increasing incidences of violence against women and girls. Certificates were also distributed to women leaders who have referred domestic violence survivors to support centres and helped them in filing DIR/FIR. Many participants expressed their opinions on how to deal and end violence against women in their communities.

In Bhubaneswar, Odisha, Oxfam India celebrated International Women’s Day with more than 100 young girls and boys from four universities of Odisha. Panellists at the event were women activist-, Namrata Chadha, Writer- Sunanda Pradhan, Renowned Athlete- Anuradha Pradhan and few more. They shared their success stories of resilience with the youth and inspired positive change. Competitions were also held to raise awareness about gender equality for the youth to participate. 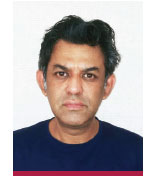 On 11th March 2018, Oxfam India partnered with Runex Sports Tech-City Marathon in Delhi NCR. Residents came together to run for change and march for a safer city for women and girls. Participants also interacted with Oxfam India about ways in which they could contribute to greater awareness on ending violence against women and girls in India and making India a safer city for everyone.

Oxfam India continues to conduct events and workshop with local organizations, universities, women groups and police personnel to help build a society where women can live a violence-free and dignified life.

In case you wish to make a monthly contribution to help women stand against violence, please click here, https://www.oxfamindia.org/womenrightstele