You can help us end discrimination by empowering women
Support today! 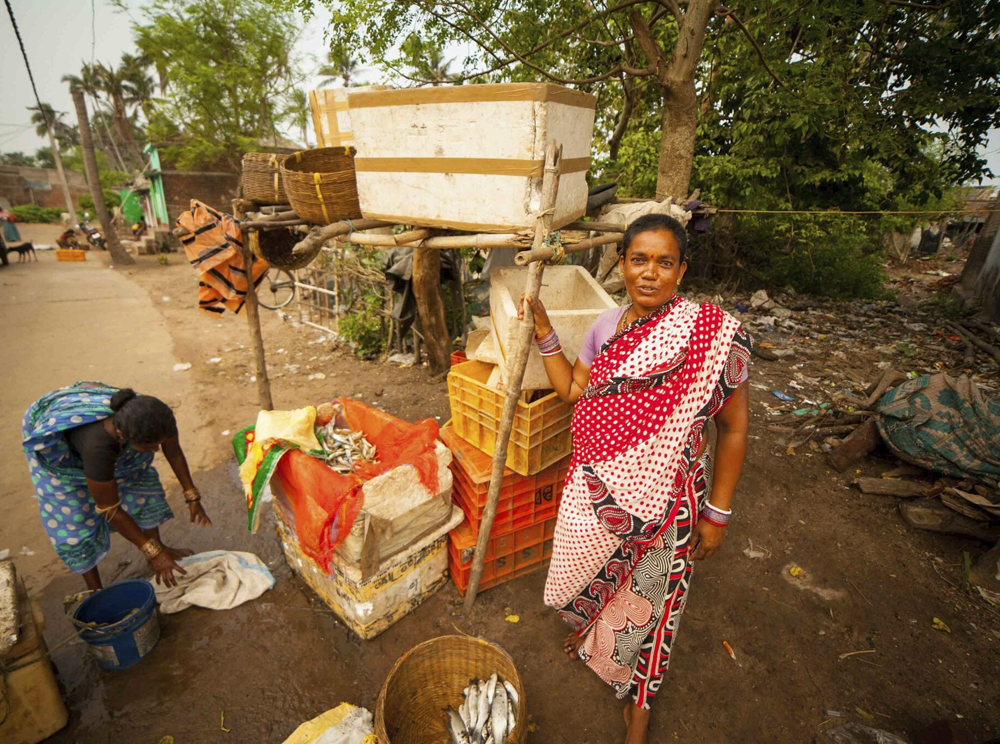 How we will use your donation: 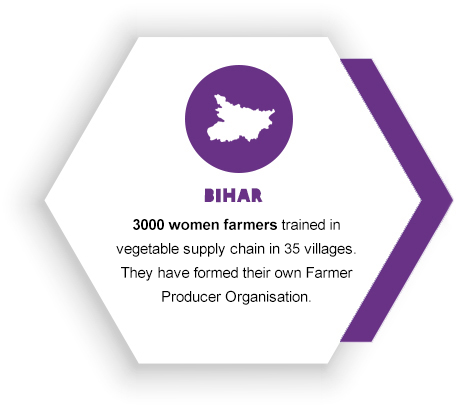 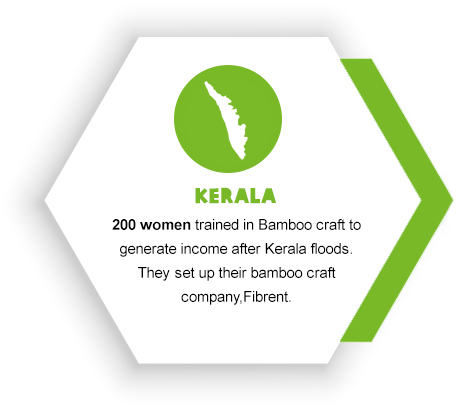 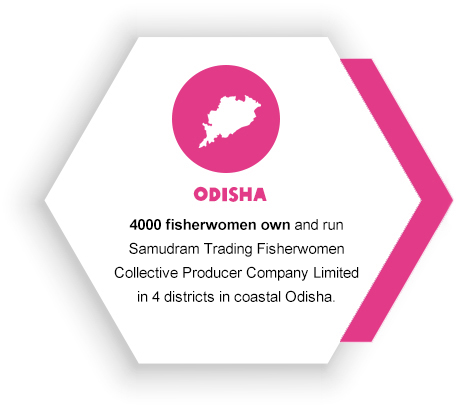 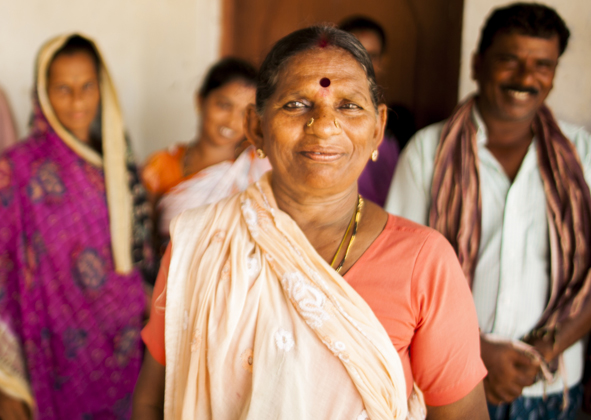 Samudram: A cooperative that transformed fisherwomen into leaders

The main source of income of a coastal community is fishing. Traditionally money was concentrated in the hands of the men who used it mostly for gambling or buying alcohol. This led to chronic indebtedness and the fishermen were compelled to sell their catch at throwaway prices. The women were left with pittance and hardly any scope to use it for education or health. This was aggravated by fluctuating fresh fish catch owing to changes in climatic conditions and sea-level temperature, pollution, construction on the beach, increased bottom trawling by big trawlers and fast vanishing mangroves. To conquer these challenges, a cooperative led by women and supported by Oxfam India from a small-scale fishing community along the coastline of Odisha, was formed in 2009. In 2013, this was registered as Samudram Trading Fisherwomen Collective Producer Company Limited. These enterprising women have come a long way from being relegated to the margins to turning an occupation into an innovative and profitable trade. 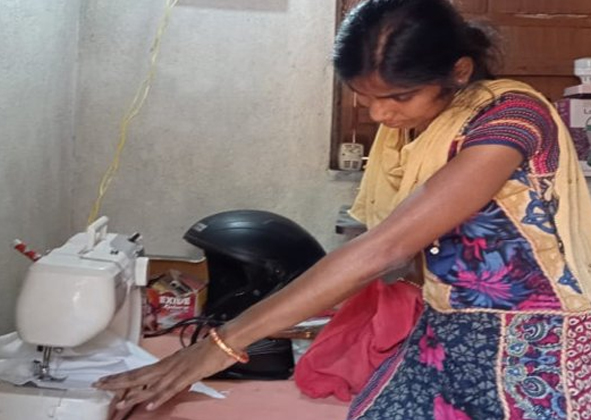 Oxfam India-HDFC project—UTTHAN—has been working in 15 villages in Nalanda since July 2020. HDFC’s CSR initiative Parivartan aims to ‘Create Sustainable Communities’ by enhancing sustainable livelihood options and improving access to essential services, especially of women, from the most marginalised and vulnerable communities. The work has helped uplift lives of many women. 26-year-old Priti had been sewing and supporting her husband, a construction worker who was mostly out of work during the pandemic, and her four-year-old daughter. Due to her physical disability she was unable to operate the manual pedal sewing machine she owned. She reached out to an UTTHAN village committee to upgrade her machine so that she could improve her income. She received Rs. 12,000 to purchase an electric sewing machine. This helped her get more work, as she was able to stitch more in a day. The Project UTTHAN has made her hopeful for a better future for her family. 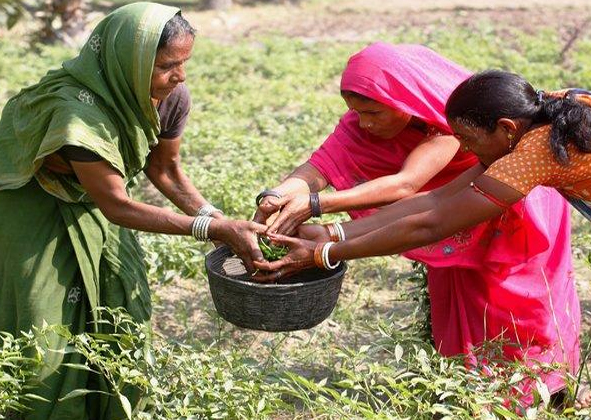 Empowering women, one step at a time

Agricultural activities in Bihar provides livelihood to approximately 80% of its population. While women farmers play a key role in the state’s agricultural growth, unfortunately only 7% of them have land-holding rights. In 2016, with the support of Oxfam Germany and Federal Ministry of Economic Cooperation and Development (BMZ), Oxfam India in collaboration with SEWA Bharat started a 3-year joint project in two districts of Bihar — Munger and Bhagalpur. The project was aimed to directly engage with 3000 households to enable them to avail government scheme benefits in 35 villages in 6 blocks of Munger and Bhagalpur districts. Since 2016, this has benefited nearly 1400 women farmers. They were trained in sustainable practices of vegetable cultivation, which helped them improve their produce and income. The success of these powerful women has inspired others to join them. Women farmers are breaking patriarchal norms and are becoming self-sufficient to grow both socially and economically. 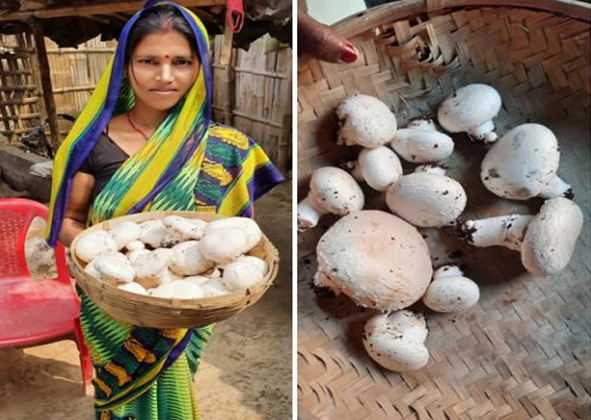 Sitamarhi is a flood-prone district in Bihar. Those worst affected during floods are Dalits, and among them the Musahars since as share croppers they were not eligible for compensation. Oxfam India has been working with these communities through its disaster risk reduction programme since 2012. In 2017 it started its livelihood intervention programme — mushroom cultivation and vermicomposting — with the women from the Musahar community. By 2020, 64 households were doing mushroom cultivation, of which 23 belonged to the Musahar community. One of the cultivators, Ram Kumari Devi was able to earn Rs. 10,000 from the produce. In fact, those who had started the cultivation in 2019 managed to earn a substantial amount just before the lockdown. With more and more households wanting to join in, these women have formed a cooperative and sell their produce locally for as much as Rs. 300/kg. Innovation, improvisation and initiative have the power to transform lives and build livelihoods.

Discrimination based on gender is a reality for all women and girls in India. Regressive social norms lead to violence against women and girls and deny them control over their own lives. As a result, women are deprived of equal opportunities and financial resources.

During the pandemic, women bore the brunt. Unemployment was higher among women, they bore the increased burden of unpaid care work, and there was a rise in the number of domestic violence cases.

They have better access to equal opportunities, they stand up for their rights, and thus create a more equal and just society

We need you NOW more than EVER.

You can help us build an India without discrimination. Make a contribution today. 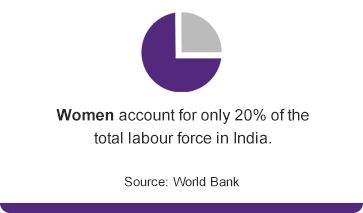 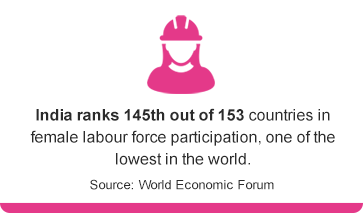 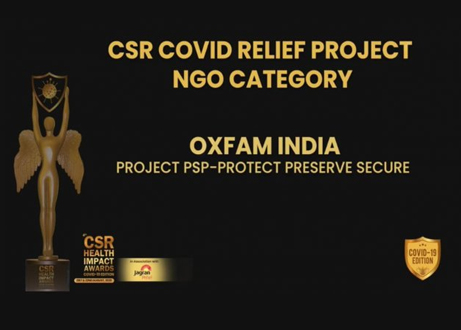 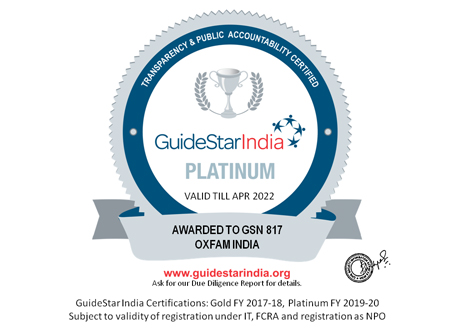 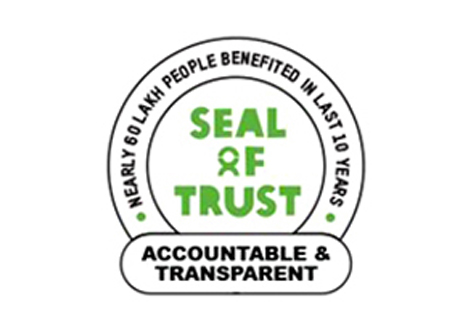 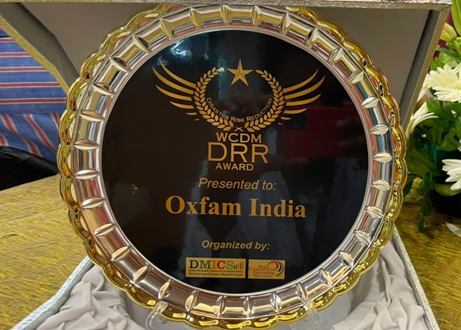 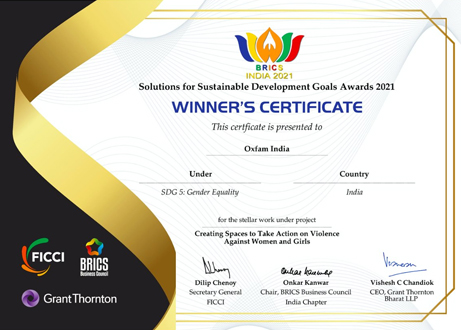 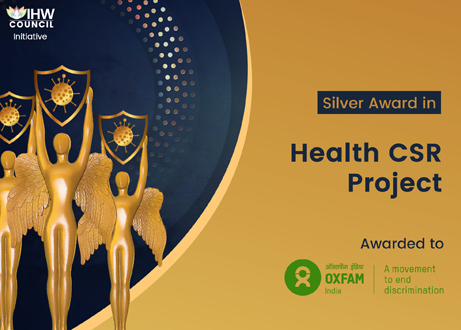 Disclaimer: Please note that the donation products mentioned are to illustrate activities and the change that your donation can make to the lives of marginalised and vulnerable people. Oxfam India, based on the need on the ground, will allocate resources to areas that need funds the most.